CHEP launched a new dolly. We consulted with retailers, display developers, co-packers and producers to find out exactly what they expected from the Dolly 2.0 – and in this way, we worked with them to design the dolly of the future, which was used for an initial activation campaign with the retail chain Etos.

The same display on different CHEP solutions
According to Luc Swaenen, General Manager of Schumacher Packaging & Display, the wheeled CHEP dolly represents the missing link needed to convert retailers to a wheeled method of constructing displays. “As a country, the Netherlands is already on wheels when it comes to displays,” says Swaenen. “Demand is growing in other countries too – but previously there wasn’t a good wheeled platform available to build displays on. That’s no longer the case, which means you can reduce costs and increase efficiency throughout the entire logistics chain.”

What’s more, the new dolly is an exact replica of the existing quarter pallet. According to Swaenen, “This allows you to use the same display on multiple carriers and avoid extra costs.” Ad Rutten, Executive Manager at Handling Services in Tilburg, also sees opportunities: “It’s much easier to attach the display to the dolly than to other pallets. This reduces the processing time for each display, meaning that we can assemble more on a daily and weekly basis.”

More efficient transport from the co-packer to the retail store
The CHEP dolly not only represents a positive development when it comes to designing and building displays; it also comes with plenty of benefits for the supply chain. “I think the wheels are a major advantage,” says Dirk Woord, Flow Manager at Etos. “Whereas the older dollies often caused difficulties, employees can now handle multiple dollies at the same time without any major problems.” The wheeled dolly therefore appears to be a good deal more user-friendly for the employees in the distribution centre.

Loading and unloading in the retail store is also easier. The brake ensures that the displays move around less during transport, and that they can easily be kept in one place in-store. The wheels allow the dolly to be moved easily over a range of surfaces, including stones and tiles. Warehouse employee Raymond has noticed the difference: “The old dollies rattled a lot, which wasn’t very nice. This one just feels solid.” 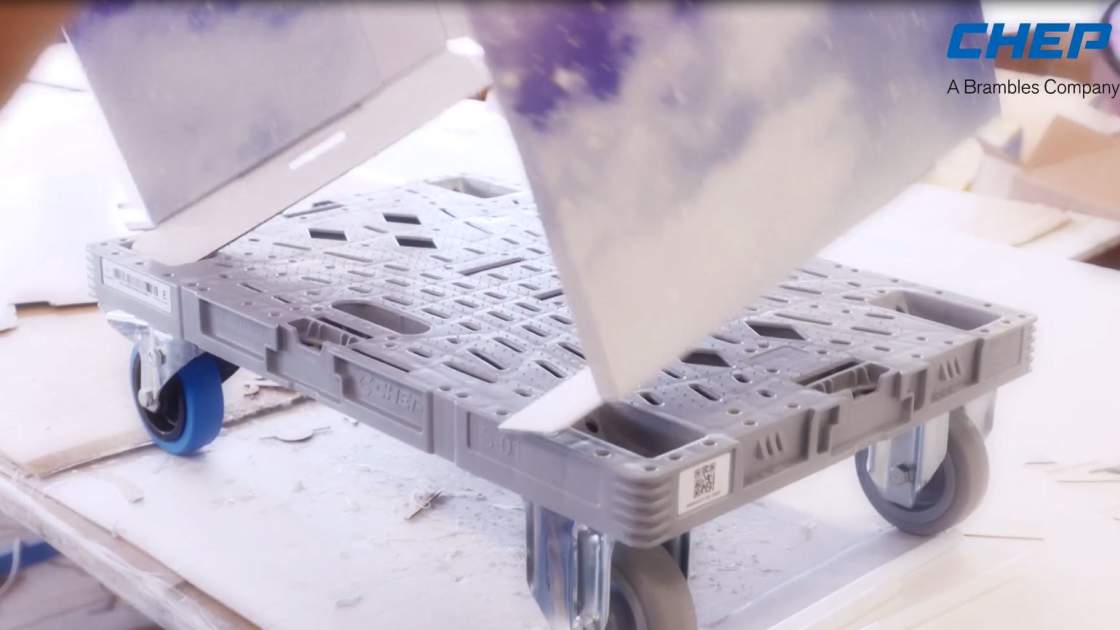 Thank you to everybody who helped out with these videos

Check our newest articles and the latest news and stay informed about CHEP Benelux and the supply chain sector.

Get in touch with CHEP